Patrons in the reading room of the Carnegie Library of Homestead in Munhall, Pa., circa 1900. The Carnegie Steel Co.fought back against striking steel workers in Homestead in 1892. Click here to see a larger view of this image.

Andrew Carnegie was once the richest man in the world. Coming as a dirt poor kid from Scotland to the U.S., by the 1880s he’d built an empire in steel — and then gave it all away: $60 million to fund a system of 1,689 public libraries across the country.

Carnegie donated $300,000 to build Washington, D.C.’s oldest library — a beautiful beaux arts building that dates back to 1903. Inscribed above the doorway are the words: Science, Poetry, History. The building was “dedicated to the diffusion of knowledge.”

It opened in 1903 to women, children, all races — African-Americans remember when it was the only place downtown where they could use the bathrooms. During the Depression, D.C.’s Carnegie Library was called “the intellectual breadline.” No one had any money, so you went there to feed your brain. Washington writer Paul Dickson, author of The Library in America, says the marble palace was an early and imposing Capitol institution.

“This went in well before the monumental limestone and marble buildings of Pennsylvania Avenue, Constitution Avenue. This was one of the first really beautiful public buildings,” he says.

Carnegie libraries are still the best buildings in many towns. Over the years some have been expanded or torn down. And, in addition to books and computers, Carnegie libraries find new ways to serve the community.

The public library in Woodbine, Iowa, loans cake pans — people don’t keep all sizes and shapes of cake pans at home, “so they check ’em out and bake their cakes and bring ’em back,” explains Woodbine library director Rita Bantam. “[It’s] offering a service that people need. It brings people into the library.” 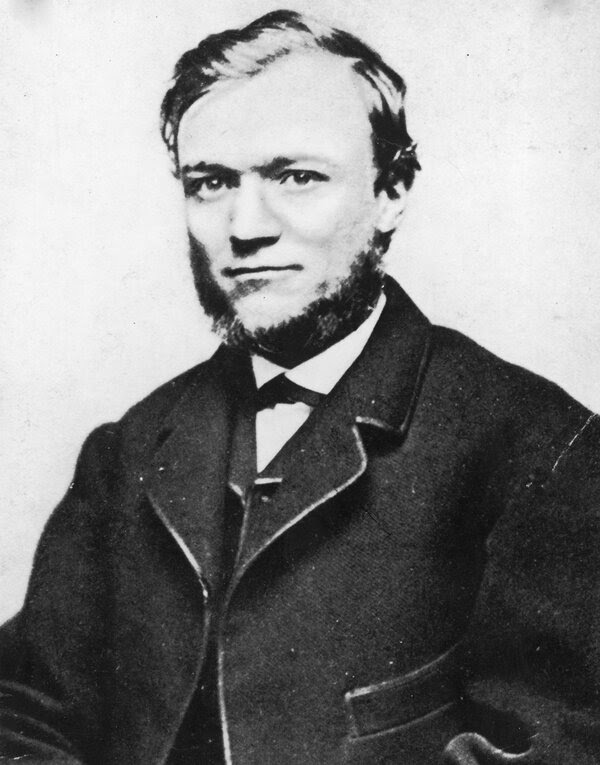 As a teen, Andrew Carnegie worked as a bobbin boy in a textile mill and was determined to improve his lot in life. Above, Carnegie as a young man in 1868.

Andrew Carnegie gave $7,500 to Woodbine. That paid for the 1908 building itself. The towns had to raise money for books, salaries and maintenance. Before Carnegie, Bantam says, the library was located in an unusual section of Woodbine’s town hall: “It was over the jail,” she explains, “they had to close the library when the jail was occupied.”

From jail to cakepans, public libraries are embedded in their communities. In South Carolina, the Union County Carnegie Library — named best small library in America a few years back — invites Ronald McDonald over to lure kids into summer reading programs. Director Ben Loftis says there were subscription libraries in South Carolina before 1903 when his was built — with a $10,000 Carnegie grant — but this was the first public library.

“It went from being for just the wealthy elite landowners and planters to actually being a service for the entire county that everybody has access to,” he says.

It was pioneering — public and free. Those were the visionary keystones of Carnegie’s library mission. The mission was born in Allegheny City, Pa., where Carnegie worked as a bobbin boy in a textile mill — his job was to fill the bobbins with thread and oil them for the machines. He was determined to improve his lot, but he couldn’t pay the $2 subscription for a local library that was available only to apprentices (and he certainly couldn’t afford to buy books).

“He made his case so well that the administrator backed off immediately,” explains Carnegie biographer David Nasaw. “And the library was opened to working men as well as apprentices. He got what he wanted.”

The man who dies rich dies in disgrace.

He usually did. Quick, smart and self-educated, “the little Scotsman from Pittsburgh” went from bobbins to telegraphs to railroads to iron and steel. In 1901, when he sold Carnegie Steel to J.P. Morgan for almost half a billion dollars, it became part of U.S. Steel — and Carnegie became the world’s richest man. And then he gave it away: a total of $350 million.

Was he the Bill Gates of his day? “I think Bill Gates would very much like to be known as the Carnegie of his day,” says Nasaw. 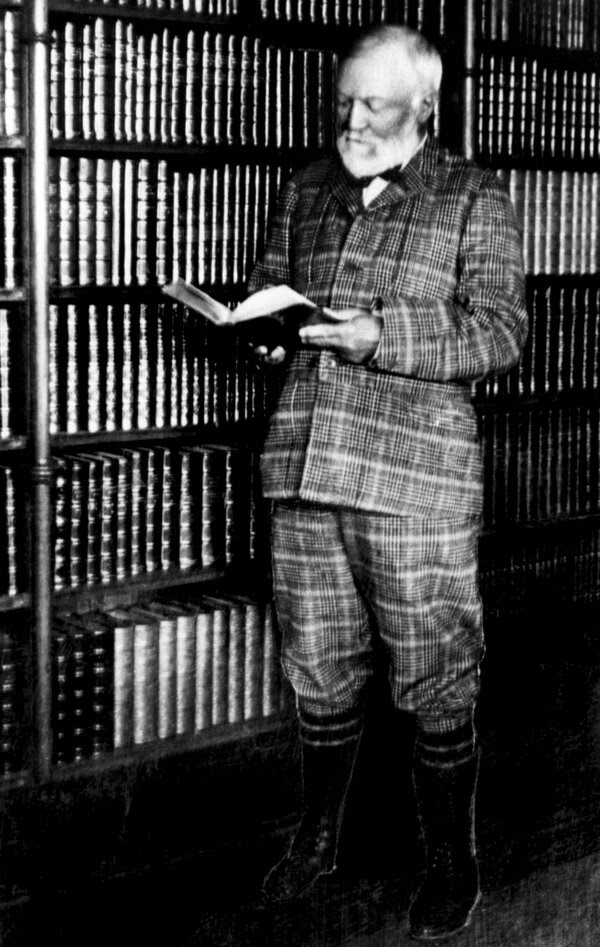 Carnegie ultimately gave away $60 million to fund a system of 1,689 public libraries across the country. “In bestowing charity the main consideration should be to help those who help themselves,” he wrote.

In 1889 Carnegie wrote an article called “The Gospel of Wealth,” in which he spelled out his views on philanthropy: “In bestowing charity the main consideration should be to help those who help themselves.”

The rich should give, so the poor could improve their own lives — and thus the lives of the society. Giving was a code of honor. “The man who dies rich dies in disgrace,” Carnegie said.

Nasaw says the steel master was in his 30s when he decided he was merely the shepherd of his wealth.

“It is his responsibility to give it back,” Nasaw says, “to return it to the community because the community — all of those men and women who contribute to the making of Carnegie steel, the mothers who feed their children, the day laborers, the whole large community — is responsible for making this wealth and they’re the ones who have to get it back.”

So public libraries became instruments of change — not luxuries, but rather necessities, important institutions — as vital to the community as police and fire stations and public schools.

Now, Carnegie was a complicated man. Brilliant, charming, generous — and brutal. Carnegie biographer Les Standiford, author of Meet You in Hell, says the industrialist presided over what is considered this country’s most bitter labor dispute.

“The Homestead Steel Strike of 1892 — in which he and Henry Clay Frick conspired to mercilessly beat down the steelworkers who were striking for better pay and better working conditions. It stands to this day as the worst labor conflict in American history,” Standiford says.

“Increase our wages,” the workers demanded. “What good is a book to a man who works 12 hours a day, six days a week?”

Nasaw says Carnegie thought he knew better and replied to his critics this way: “If I had raised your wages, you would have spent that money by buying a better cut of meat or more drink for your dinner. But what you needed, though you didn’t know it, was my libraries and concert halls. And that’s what I’m giving to you.”

And so he did: 1,689 public libraries. Temples of learning, ambition, aspiration for towns and cities throughout the United States