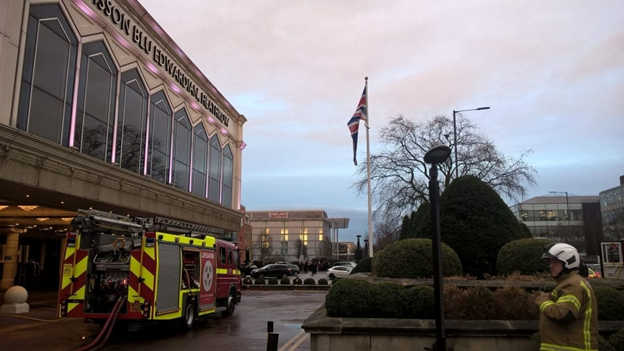 The cause of the fire is currently under investigation

Over 200 guests and 120 staff were evacuated from the Radisson Blu hotel in Bath Road, near Heathrow airport, after a fire broke at the property yesterday (18 February 2019).

Eight fire engines and around 60 firefighters were called to the fire at 4:12pm, and London Fire Brigade said the fire was under control by 6:13pm.

A ground floor sauna and plant room were destroyed by the blaze, and there were no reports of any injuries.

Fire crews from Hayes, Feltham, Hillingdon, and surrounding fire stations attended the incident. The cause of the fire is currently under investigation.