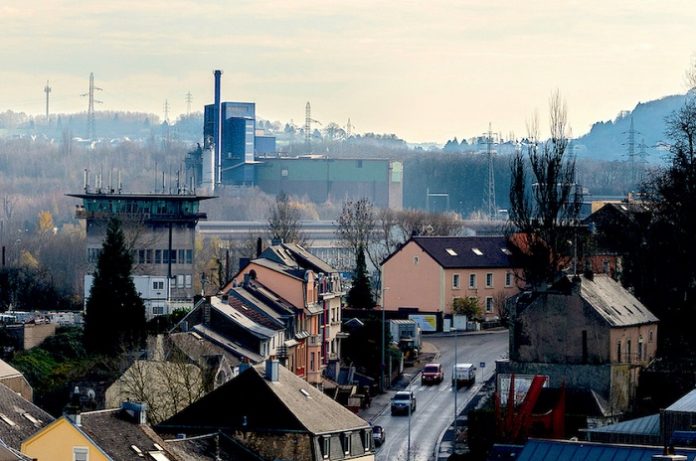 OCCRP — By the time Santo Rumbo turned up in Luxembourg, he was already deeply enmeshed in the world of the Italian mafia.

At just 31 years old, he’d allegedly risen to one of the highest ranks of the ’Ndrangheta, the vicious Calabrian crime group that is responsible for a good chunk of Europe’s cocaine trade.

So Italian police were more than a little concerned to learn he had moved to the tiny northwestern European nation, where he got involved in a restaurant business along with a group of young migrants from an impoverished Italian village near his hometown of Siderno, in the ’Ndrangheta’s heartland.

The intensely hierarchical and clannish ’Ndrangheta have fanned out across the world from their home base in southern Italy, often using family-based chain migration to get footholds in new markets.

But the town of Siderno, on the sunny Ionian coast, is still the capital of their global narco-empire. There, the mighty Commisso clan rules over a number of ’Ndrangheta families that are so powerful that their decisions can affect global cocaine prices.

Santo Rumbo’s father, Riccardo, was one of these family leaders, heading the Rumbo-Figliomeni ‘ndrina subgroup.

He had a reputation for power and ruthlessness, and taught Santo the ways of his trade. In 2009, the younger Rumbo set up a money-lending business in Siderno under his father’s guidance. When Riccardo was jailed in 2010, Santo allegedly took an important role in the Rumbo ’ndrina.

At some point after that — investigators don’t know when — Santo Rumbo made his way to Canada, where he spent time with mob bosses there and received one of the ’Ndrangheta’s highest rankings.

Unfortunately for him, around that time an Italian police operation was under way to root out branches of the ’Ndrangheta in Canada. Wiretapped conversations from Operation Canadian Connection 2 tipped police off that Santo Rumbo’s next stop was Luxembourg.

The tiny country in the heart of Europe is one of the continent’s most notorious tax havens and has a poor record on corporate transparency. Until recently there was no public information available about who owned companies registered in Luxembourg.

This can make it hard for Italian investigators to follow networks into that country. These very same qualities made it a draw for the mafia, according to Giuseppe Lombardo, a top antimafia prosecutor in the ’Ndrangheta stronghold of Reggio Calabria.

“The ’Ndrangheta sees Luxembourg as an interesting place to invest and launder capital precisely because, in that country, there are financial systems and discreet ‘coffers’ that are extremely attractive for those who need to stash illicit money and black funds,” he said.

Police did manage to arrest Rumbo in 2019, in Luxembourg, on the basis of the Canadian wiretap evidence. “But we never got to investigate what he was doing [there],” said an Italian officer who led the Canadian operation, speaking on condition of anonymity so he did not expose himself while working on anti-mafia investigations. “It is surely worth digging into.”

Members of the OpenLux project decided to try.

Searching through newly available data on corporate ownership in Luxembourg, they found that, as anti-mafia police suspected, Santo Rumbo was not alone in the Grand Duchy.

Surrounding him was a group of around 20 young entrepreneurs from Siderno and Mammola, a village of around 2,700 people perched in Italy’s Aspromonte mountains just above the Siderno seaside. Some of them opened and closed a succession of restaurants working together with Rumbo and another mafia scion, the son of the ’Ndrangheta chief in Mammola.

Mammola’s branch of the ’Ndrangheta takes orders from Siderno’s, which ranks above it in the mafia hierarchy.

But while members of the Siderno mafia famously migrated en masse to Canada and Australia, where they continue to wreak havoc today, Mammola families mostly made their way north, to Belgium and Luxembourg, according to Anna Sergi, a professor of criminology at the University of Essex.

“It is thought from investigations in Germany, Belgium, and the Netherlands especially, that Luxembourg is a transit territory for both mafia individuals and their activities and money,” explained Sergi, a leading expert on the ’Ndrangheta.

By cross-referencing corporate ownership and social network data, OCCRP’s partner IrpiMedia identified a larger group of 17 families from Mammola who have social ties and run a number of restaurants in Luxembourg’s Esch-sur-Alzette canton.

Some of these restaurants make explicit references to the mafia in their decor and theme, with framed pictures of Scarface on the walls and bakers dressed in aprons emblazoned with images of El Padrino — The Godfather.

Coming from Mammola doesn’t automatically make anyone a criminal, but Sergi said youth in the impoverished village are highly vulnerable to ’Ndrangheta recruitment.

“Mammola is a tiny village without many opportunities for young people, so it becomes easy for youngsters to be lured by the possibilities of moving away and setting up a business abroad on behalf of, and thanks to, ’Ndrangheta money and contacts,” she said.

Despite the difficulties of investigating in Luxembourg, Italian prosecutors say they have reason to believe the ’Ndrangheta have established a significant presence there.

As with many mafia groups, this happened through chain migration. In the 19th century, Calabrians flocked north to take jobs in the burgeoning steel industry hub of Minett, a region southwest of the capital.

Starting in the 1980s, the ’Ndrangheta began to follow, with one family member settling up north and then sending for others. Some settled in Differdange, the biggest city in the region, which is strategically located near the border between Belgium and France.

Federico Varese, a professor of criminology at the University of Oxford, said this type of chain migration is a key part of the ’Ndrangheta’s success, giving them “a much larger global reach than the other Italian mafias.”

In Luxembourg, the ’Ndrangheta also have the advantage of longevity. Many mafia families have been there for decades, and their members never had criminal records in Italy, according to Lombardo, the prosecutor in Reggio Calabria.

“In Luxembourg, we have detected the active presence of people linked to the ’Ndrangheta who are not easily classified, because the connections date back a long time,” he said.

“At the time there wasn’t yet proper investigative activity [in Calabria], aimed at mapping all the foreign projections of the ’Ndrangheta.”

The anti-mafia investigator who spoke on condition of anonymity said Italian authorities had seen a number of young people from “‘Ndrangheta environments” moving to Luxembourg to open restaurants — “clearly not with pocket money, given how poor Calabria is.”

Rumbo’s lawyer, Giuseppe Calderazzo, said that his client had every right to move to Luxembourg, as an EU citizen.

“Actually, he chose Luxembourg to get away from a land that caused him much suffering due to mere prejudices not backed by evidence,” he added.