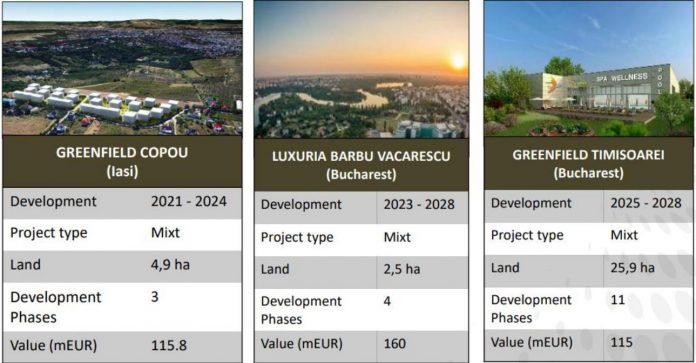 We initiate coverage on Impact Developer & Contractor with a RON 3.40 fair value, representing a potential upside of 18% and a BUY recommendation. Impact is a pure play on the growing Romanian real-estate market, focused on the development from scratch of large residential complexes, both for the middle- and high-income segments. Impact’s operating profit margin could grow towards 41% and the net profit margin may stabilize around 30%. Although the share price has increased 53% over the past three months, we consider there is still room for further grow.

The progress of the residential segment in Romania and its capital Bucharest continues, as demand is driven by a need for housing, reflected in low penetration levels and rising household incomes. Romania continues to have the highest overcrowding ratio of the countries in the EU-28 and, therefore, the lowest average number of rooms per capita.

A trigger for the stock would be its inclusion next year in the FTSE Global Micro Cap. For this to happen, the stock should meet certain liquidity characteristics.
Romania has the highest overcrowding ratio of the EU-28 countries. Some 17% of the EU-28 population live in an overcrowded household; this rate range from a low of 5% in Cyprus, Ireland, and the Netherlands to more than 40% in Hungary and Slovakia and the highest overcrowding ratio, of 48%, in Romania. The average number of rooms per capita ranged from a high of 2.2 in Belgium, down to 1.1 rooms per person in Croatia, and Slovakia, with the lowest average recorded in Romania (1.0 room per person).
Convergence potential for Romania: To foster convergence, The EU has been transferring funds from the states in the developing and mature markets to those in the emerging markets. As a result, Romania could reach developing status within the next 10 years and, as a result, the average monthly salary per capita could more than double from the current EUR 1,075 per capita. With growing salaries in Romania, the demand and prices for residential units would increase.
Impact’s area of focus – Bucharest metropolitan area – is the best performing region of the country. Bucharest’s metropolitan area’s economy is expanding, making it an attractive market opportunity. Romania’s capital generates 26% of the country’s GDP. Impact focuses on the development of large residential complexes, both for the middle- and high-income segments. Per management, these housing concepts will be replicated in other major cities in Romania. Its main projects currently are The Greenfield housing concept dedicated to the middle segment and The Luxuria housing concept for the premium segment. We estimate Impact’s operating profit margin to grow to 41% and the net profit margin to stabilize around 30%.