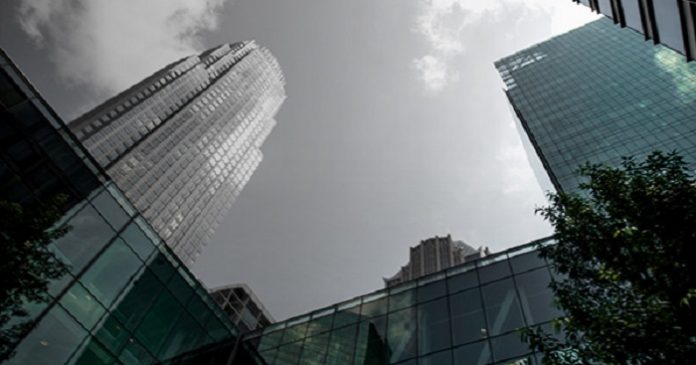 Real Estate has continuously been an element of attraction for foreign direct investment and one of the five vectors since the beginning of the 21st century. In Romania, most of the largest real estate investors are foreign. The notable exceptions are the Paval brothers of Dedeman, and Iulius Imobiliare, with the latter having a foreign equity component for its investments.

Starting with 2016, real estate ranks second after the industrial sector in terms of FDI stock (see below, figures in €bn). The overall real estate market more than doubled over the past 10 years, with the retail segment growing by 70%, the office by 100% and industrial by 150%.

Will it still remain one of the key FDI vectors? We estimate this trend will continue for the foreseeable future. The market is mature and liquid, with the 2020 volume of transactions rising close to the benchmark of € 1 billion.

There is a significant gap between the Romanian yields and the yields in the other CEE peer countries for all real estate sectors (Figure2). Considering that most of the transactions recorded in 2020 were actually sourced, agreed upon and secured in 2019, we consider that the 2020 yields are still similar to 2019.

The key consideration when comparing the yields in the larger CEE area is that the actual risks associated to real estate sector are quite similar, so the yield differential is not entirely supported by the concept of risk premium.

Looking at each real estate segment individually, we expect the short-to-medium term evolution to be different.

The industrial / logistics sector is by far the expected and undisputed winner of the pandemic crisis, with some 650,000 sqm of logistics space leased in 2020. The pandemic crisis placed extra-pressure on all the supply chains, whether we talk about traditional retail, online commerce or industrial production, and the developers of logistic spaces reacted promptly and efficiently to address the increased demand. In-city logistics is also a sub-segment that we expect to take-off in the coming years as a must for increased distribution effectiveness.

The privileged position Romania enjoys in the regional transportation corridors, with its potential of integrating the EU TEN-T network with the New Silk Road (the OBOR initiative of China, having its EU access point in the port of Pireus, Greece, acquired by Cosco – the leading Chinese intermodal operator – in 2018), represents the main factor in becoming the most important logistics hub in the South-Eastern Europe.

Bullish market coupled with scarcity of quality products available for sale will most likely further compress the industrial yield in 2021 and probably also in 2022.

The retail sector, while envisaged as the Cinderella of the real estate market in Q1 – Q2 2020 when the pandemics broke-out, started to recover faster than expected, on a “V”-shaped trend. Footfall of the large commercial centers recovered up to 60% – 70% of the pre-crisis levels, with tenant turnover slowly following the trend.

However, the attention of the large retail developers shifted from malls to retail parks, the latter being generally perceived as less affected by the crisis.

The supermarkets and proximity shops were proven to be the most resilient, and actually displayed growth during 2020. They leveraged on their geographical spread and proximity to consumers, while also developing their own complementary online sales platforms.

All major supermarket operators reconfirmed their expansion plans for 2021 – 2022 and beyond. However, we see a lack of an institutional approach to the development of such small retail schemes (retail spaces between 1,000 – 2,000 sqm for lease) to bring consistency and predictability to this market sub-segment.

Online commerce experienced exponential growth throughout 2020, but we do not see it as an existential threat to traditional retail, but more of a catalyzer for a shift towards omni-channel solutions.

The office sector is also affected by the pandemic crisis, and we see more of a “U”-shaped recovery rather than a “V”-shaped one.

Since the emergence of the pandemic, employers have implemented work from home to a larger scale or agreed to hybrid work schedules, part from home and part from the office. Considering employee preference for these new work conditions, employers are very likely to accommodate their options, especially considering that systems and procedures for remote working have been implemented & tested during the pandemic and proved that work from home is sustainable and economically feasible in terms of employee engagement and productivity. Therefore, employers are expected to decide on cutting – down lease & utilities recurrent costs for a one-time financial support to the employees for arranging their home offices, recoverable in less than a year. Reduced employee density (i.e. more sqm / employee) for sanitary safety reasons, as well as the likely re-partitioning for breaking-up the large open-spaces should partially mitigate the effect of remote working, but the net result is yet to be determined.

Therefore, we see a real risk of the office market becoming oversupplied in the short-to-medium term. This perceived risk also determined developers to change the destination of some of their buildings from office into residential (One United is one such example).

Considering also the increased awareness related to sanitary safety and environmental carbon-print, we estimate that the older office buildings (commissioned before 2017) will be the most affected, while the new buildings and especially the ones under construction, will be favored. The effects will be gradual, as the current leases expire, and will take the form of reduced rents and/or increased vacancy. The overall vacancy on the office market is expected to exceed 15% in 2021, asymmetrically distributed towards the older buildings.

The transaction yields will probably differentiate between the two types of assets. Older buildings will trade at decompressed yields to account for upgrading costs (which may prove sizeable), while yields for new buildings could remain unchanged for projects of proper quality and high occupancy in prime locations and even further compress in 2022.

The residential sector was the unexpected winner of the pandemics, as opposed to the industrial which was an announced and expected victory. The overall feeling about the residential sector was rather bleak in spring 2020 during the lock-down, but it recovered quickly and sharply during Q2 – Q4 2020. The transaction volumes matched the 2019 ones, while overall prices grew by an estimated 5% in 2020.

We see the demand for residential spaces on a growing trend and, as long as the price evolution keeps a reasonable and healthy margin over the inflation, this trend should be sustainable.Despite the fact that Romania has the highest home ownership rate in EU (cca 96%), the demand for new homes is expected to keep growing on the account of several critical factors:

As proven by the latest data, the Romanian real estate market was, is and will remain a major driver of FDI growth.