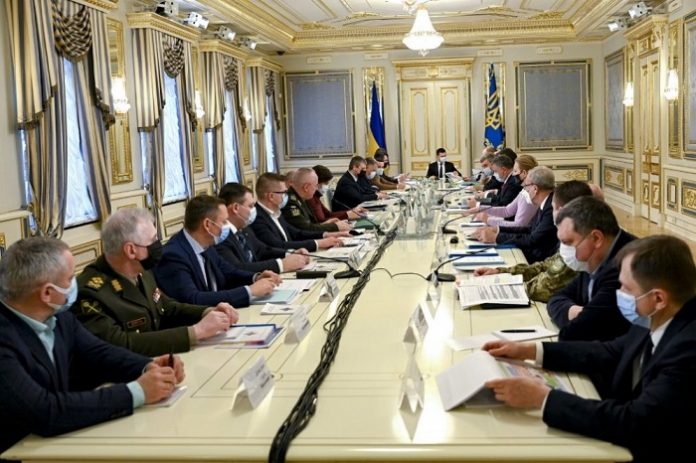 With the dissolution of the USSR, the creation of national states, and the emergence of post-Soviet market economies, the new nations of Eastern Europe and northern Eurasia developed under the strong influence of oligarchic groups. The decommunization of the early 1990s, with its destruction of the Communist Party and KGB networks and the creation of relatively free economies and competitive politics, resulted in a vacuum of institutionalized power. This vacuum was filled with informal groups that took over emerging public institutions and subjugated them to their rent-seeking agendas.

In the early twenty-first century, post-Soviet governments and societies tried to end the oligarchy in two major ways: either by subduing it and integrating its elements into pyramid-like power system consisting of official public institutions and informal oligarchic groups, or by fighting corruption in the public sector through strengthening the rule of law and insisting on a clear division between the public and private sectors. The pyramid-like power system can be in the form of single-pyramid autocracies or multi-pyramid hybrid regimes with democratic and nondemocratic political elements. The success of the single-pyramid model in Azerbaijan, Belarus, and Russia has given birth to the current autocratic regimes in those countries. Multiple attempts to fight corruption have kept Georgia and Ukraine as hybrid regimes interpolated by many oligarchic groups and repeatedly oscillating between more and fewer political and economic freedoms.

Today we are witnessing another attempt to eradicate the oligarchy in Ukraine. This time, President Volodymyr Zelensky is going after the oligarchs individually. Is there any chance for success?

Nature of the Post-Soviet Oligarchy

From the perspective of political economy, the post-Soviet oligarchy is a system in which private groups establish control over public institutions through rent-seeking activities.

After about thirty years of developing without hindrance in those states where they were not reined in by autocrats, the oligarchic groups have matured and evolved into stable and sophisticated informal structures. These structures typically consist of a core (comprising several oligarchic figures), public politicians (ministers, officials, MPs, mayors, etc.), and parties serving the interests of one or more of the following: their clan, individual judges or entire courts, parts of the law enforcement agencies, private companies, public companies informally controlled by the clan’s management, media holdings, NGOs, philanthropic organizations, criminal and paramilitary groups, and foreign partners in the West and Russia. By controlling parts of the executive, legislative, and judicial branches of government, some governors, mayors, and local councils, the media, and civil society, each clan has a tendency to form a single pyramid in itself. And as the clans compete with each other for influence and control, they open a space for relatively free politics based on a zero-sum game.

The key foundational element of the oligarchy is a specific political culture based on neopatrimonialism and personal relations with the core figures of clans. Informal groups exist as hierarchies of personal relations and as a permanent test of lower-level members’ loyalty.

In Ukraine, the multi-pyramidal oligarchy developed based on the Soviet nomenklatura system and its efflorescence into regional clans. These regional groups had their own ideologies, religious preferences, and geopolitical orientations. Whenever one group managed to take control of government, its informal subcultures would heavily influence the cultural politics. This description fits both President Viktor Yanukovych’s administration (2010–14) and President Petr Poroshenko’s (2014–19). Despite functioning in remarkably different political times, these administrations had in common a conservative worldview, hostility to the principles undergirding the rule of law, and an affinity for a personalist regime.

President Zelensky against the Oligarchs

The electoral victory of Volodymyr Zelensky in 2019 provided Ukrainian society with another opportunity to overthrow the clans’ control. Earlier opportunities were connected with the maidans of 2004 and 2013–14, but attempts then failed because the oligarchic clans managed to successfully adapt to the changed political situation. In 2019, however, the opportunity for deoligarchization arose with the electorate’s decision to change the president and parliamentary majority, and to some extent with the arrival of a new generation of politicians in Ukrainian power structures. Most of these newcomers were most probably not part of any oligarchic clan (although some doubt it).

It took President Zelensky almost two years to launch the promised and long-awaited war on the oligarchs. On June 2, 2021, the president submitted a draft law against the oligarchs to the Verkhovna Rada. In keeping with the recent fashion in Kyiv to place security concerns above the constitution, the draft law is named “Law on Prevention of Threats to National Security Related to Excessive Influence of Persons Who Have Significant Economic or Political Weight in Public Life (Oligarchs).”

The draft law implies that if a citizen meets three of the following four criteria, that person can be recognized as an oligarch:

If someone is adjudged to meet three of these four criteria, that person is to be acknowledged as an oligarch.

According to the draft law, the decision to recognize a person as an oligarch is made by the National Security and Defense Council (NSDC), a body that in the constitution is mentioned as a consultative organ only. This decision can be made if the council is asked to take up the matter by a member of the NSDC, by the National Bank, by the Security Service, or by the Antimonopoly Committee.

The Anti-Oligarchs Law Is Not the Right Way to Go

This act, though brave on its surface, has several fundamental drawbacks. First, it is directed at persons, but not at the oligarchic groups or political structures that enable such persons to flourish.

Second, the act does not make use of any traditional institutions (the antimonopoly system, public finance reporting requirement of parties, etc.) or new ones (the post-Euromaidan anti-corruption bodies) with the legal authority to force oligarchic clans to transition into conventional big business groups.

Third, the entire spirit of the act is against the rule of law, the division of powers enshrined in Ukraine’s constitution, and citizens’ rights. A consultative authority cannot make decisions of the kind described in the draft law; only a court can do so. This act, if approved, will violate the constitution and grant the government extraordinary power, which in a post-Soviet context is more than risky.

Fourth, there are many ways for the oligarchs to continue doing business as usual since most of the illegal connections within clan structures would be hard to prove.

Finally, civil servants would find themselves in a situation in which any contact with a person not known to them could result in dismissal if that person turned out to be associated with an oligarch in the view of the NSDC.

President Zelensky’s presenting the draft anti-oligarchs law was indeed a brave act, and one well received by Ukrainians and the international community. Even if it is approved by the Rada, however, it will not bring down the oligarchy. Some oligarchic figures would most likely be switched out for new ones, but clans and the oligarchic principle would prevail. The most likely effect of the law, if approved, will be to throw a monkey wrench into efforts to restore the rule of law in Ukraine.