Update following the publication of the Government Emergency Ordinance No. 42/2020

The GEO 42/2020 not only amends the regime presented in our initial article, regarding the State guarantees established by the Government Emergency Ordinance No. 29/2020 on certain economic and fiscal measures (the GEO 29/2020), but also includes a novel form of state aid conferred to small and medium-sized enterprises (SMEs) by the State, i.e., grants. Additional eligibility criteria for SMEs applicable to both forms of state aid are also provided therein, along with, inter alia, the duration of the state aid scheme and the estimated number of beneficiaries thereof.

State aid, in both of its two forms provided under the GEO 42/2020 shall be granted to SMES fulfilling the criteria set out by the GEO 110/2017 (e.g., absence of circumstances of difficulty as defined therein (including enforcement or voluntary liquidation proceedings already initiated); absence of already initiated insolvency proceedings; absence of litigation with the Ministry of Public Finances or with the credit institutions granting the loan whereby SMEs act as defendant, etc.), as well as the following conditions:

SMEs acting in the following fields: financial intermediation and insurance; real estate transactions; and renting and leasing are no longer excluded as potential beneficiaries of State guarantees.

b) Limits for the maximum value of credits

The RON 10 million cap for the total value of the State-guaranteed credits/ credit lines in favour of a single beneficiary is still applicable, along with the limits for working capital credits and investment credits of RON 5 million or RON 10 million respectively (and, for credits granted to microenterprises and small enterprises, guaranteed up to 90%, the RON 500,000 and RON 1 million limits). The requirement for the value of working capital loans to fall below the average value of the working capital expenditures within the last two financial years has been eliminated.

Additional limits regarding the value of the credits have been introduced by the GEO 42/2020 and such limits are applicable to all types of credits guaranteed by the State (meaning, both up to 80% and to 90% of the value of the financing, as detailed in our initial article). The State shall only grant guarantees for credits amounting below the higher of the following three values:

The interest subsidies may only be granted until 31 December 2020, instead of 31 March 2021, as initially provided under the GEO 29/2020, but the provisions regarding the possibility of extension thereof for the following two years are still applicable.

SMEs having obtained State-guaranteed credits pursuant to the GEO 110/2017 (as amended by the GEO 42/2020) shall benefit of State grants within the limit of the RON equivalent of EUR 800,000 per enterprise, without exceeding the total value of (i) the risk commissions and administration fees (for the State guarantees) and (ii) of the interests under the credits/ credit lines (where interest subsidies have not been granted already).

Beneficiaries: Express requirements are provided for SMEs within certain industries. As such, SMEs acting in the field of processing and sale of agricultural products shall benefit from such State aid, only if (i) the latter is not transferred, in whole or in part, to the primary producers and if (ii) the value of the State grant is not established based on the price or quantity of products acquired from the primary producers or introduced on the market by the respective SMEs.

The state aid scheme shall be granted until 31 December 2020 (for the guarantees awarded by the State) and 31 March 2021 (for the State grants). Both periods may be prolonged under the conditions provided in our initial article regarding the prolongation of the period in which interest subsidies can be granted.

The estimated number of SMEs which shall benefit from the state aid scheme, in both forms, is of maximum 40,000 beneficiaries, pursuant to the provisions of the GEO 42/2020.

While most of the EU Member States announced tremendous help for their economies in the fight against the effects of the COVID-19 pandemic, the Romanian Government followed suite and approved last Thursday by emergency government ordinance a set of state aid measures which has entered into force on 21 March 2020. Among these, there is the establishment of a multiannual program aimed to help small and medium-sized enterprises (SMEs) in reducing the negative impacts of the COVID-19 outbreak on their activity and finances.

Who? The beneficiaries are SMEs having obtained from the Ministry of Economy a certificate attesting the losses suffered by them due to COVID-19.

The State shall also grant interest subsidies of 100%, depending on the percentage of the State guarantee (80% or 90% respectively). These interest subsidies shall be granted until 31 March 2021 and may continue beyond this date for the next two years only provided that the estimated economic growth for each of these two years shall be lower than the economic growth to be registered in 2020.

*This ePublication is provided by Radu Taracila Padurari Retevoescu SCA and is for information purposes only. It does not constitute legal advice or an offer for legal services. The distribution of this document does not create an attorney−client relationship. If you require advice on any of the matters raised in this document, please call your usual contact at Radu Taracila Padurari Retevoescu SCA at +40 31 405 7777. 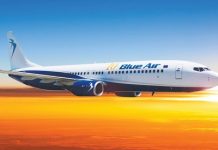 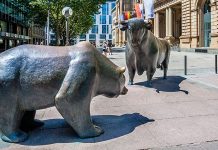 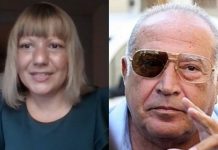 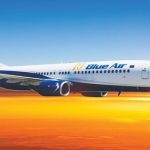 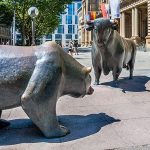 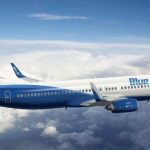