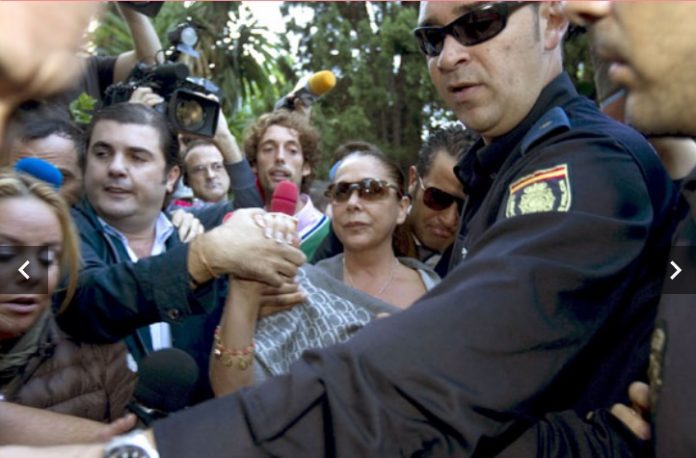 In the glitzy Spanish resort of Marbella, people are concerned with many things: the state of the golf greens or which spa performs the best liposuction. But for nearly two decades, nobody seemed to worry about what was going on inside the town hall.

Certainly the builders were not complaining as they clogged the former fishing village with multimillion-euro concrete villas. Northern European sun-seekers were not interested either as they put down deposits for thousands of illegally built holiday retreats. And resident celebrities and royals, such as the late Saudi King Fahd, were probably too busy docking their yachts at Puerto Banús.

That may help explain why Spain is now witnessing the largest corruption trial in its history. More than 90 people, including two former mayors, 15 town councillors and a legion of builders, have been accused of giving and taking a total of €670m (£577m) in bribes, kickbacks in exchange for construction permits that transformed the once-charming strip of coast into a clone of Miami Beach. The scope of the alleged graft was so great that the entire town council had to be dissolved in 2006, when the police swoop began. Testimony in the trial began in December and evidence by the alleged mastermind started at Christmas. Its most recent development: Marbella Town hall was forced to sell its €5m planning office to help pay its debts.

“Everyone knew what was going on in Marbella, but everyone was benefiting from it too,” said Andrés Walliser, a sociologist specialising in urban studies at the Cirem research institute in Madrid. “There is corruption elsewhere along the coast, but in Marbella, there was really big money. It is a hot spot for foreign capital and organised crime with the specific urban fabric: a sprawl of second residences that blurs the local population.”

The trial resembles a soap opera with a surreal cast of defendants, including a German aristocrat, a former football team captain and the popular Flamenco singer, Isabel Pantoja, the widow of the dashing bullfighter Paquirri. She is accused of money laundering.

A spin-off case, dubbed Operation Goldfinger, involved the former estate of the James Bond star Sean Connery, now cluttered with 72 luxury homes. Sir Sean was summoned to give evidence last year but told the court he was too ill to travel. He was named as a witness and there is no suggestion he committed any crime.

Looming in the background of the case: the late Mayor Jesús Gil y Gil, a thrice-jailed developer and former president of Madrid’s Atlético football team, who governed the town for 15 years from his Jacuzzi, gold chains glittering above his flabby belly.

The alleged mastermind of the money-for-votes system, the former urban-planning advisor Juan Antonio Roca, offered his much-awaited version of the saga last week.

Cool and composed, the stout man with greying sideburns known at the town hall as “the Boss” or “JR”, after the character on the television show Dallas, denied accusations that he amassed his €2.4bn fortune in kickbacks and shady property deals. He carried out his case projecting documents from his laptop to a courthouse screen.

On Thursday, he denied police and media depictions of his ostentatious wealth, which allegedly included vintage cars, 275 paintings, a bull ranch, 100 purebred Andalusian horses and a mansion decorated with stuffed lions, giraffes and other wild game. Mr Roca reportedly sold much of his estate to pay legal fees and debts. “They’ve portrayed me as an eccentric guy without scruples who kills animals, cuts their heads off and hangs them out to dry,” Mr Roca said. He even addressed the butt of many jokes in Spain: a supposed painting by Miró that police found hanging above his steamy spa bath. It was only a copy, he told the court.

The trial is the most visible sign of the crackdown against corruption in the country’s freewheeling coastal towns; common wisdom is that political corruption in the Costa del Sol is as inevitable as sunburn or a pesky insect that the justice system swats half-heartedly but mostly ignores.

One of the defendants is the former Marbella police chief and another is a judge found guilty in 2008 of taking bribes from Mr Roca. Since the Marbella arrests in 2006, police have launched smaller-scale corruption investigations in the resort towns of Mallorca and Valencia and in the Canary Islands.

Local environmentalists, among the lone voices against Marbella’s unchecked building spree, hope the trial deters future graft, but they do not expect much to change. Nearly all of the 18,500 homes built with illegal permits have been “normalised” in exchange fees or donated land from their developers, said Javier de Luis, president of the Marbella branch of the national environmental group, Ecologists in Action. He does not expect to see most of the prominent defendants behind bars. “They’ve hired the best law firms in Spain – they’ll eat the prosecution with potatoes,” he said. “The damage that they caused with this development barbarity wouldn’t be cured with a trial.” The case continues.