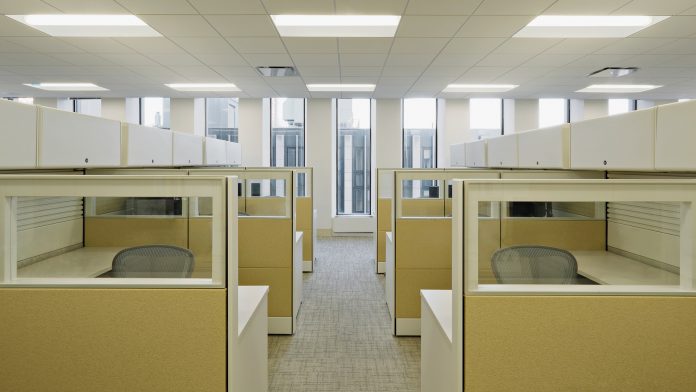 A lasting effect of this pandemic will be a revolution in worker expectations.

I first noticed that something weird was happening this past spring.

In April, the number of workers who quit their job in a single month broke an all-time U.S. record. Economists called it the “Great Resignation.” But America’s quittin’ spirit was just getting started. In July, even more people left their job. In August, quitters set yet another record. That Great Resignation? It just keeps getting greater.

“Quits,” as the Bureau of Labor Statistics calls them, are rising in almost every industry. For those in leisure and hospitality, especially, the workplace must feel like one giant revolving door. Nearly 7 percent of employees in the “accommodations and food services” sector left their job in August. That means one in 14 hotel clerks, restaurant servers, and barbacks said sayonara in a single month. Thanks to several pandemic-relief checks, a rent moratorium, and student-loan forgiveness, everybody, particularly if they are young and have a low income, has more freedom to quit jobs they hate and hop to something else.

Derek Thompson: What quitters understand about the job market

As I wrote in the spring, quitting is a concept typically associated with losers and loafers. But this level of quitting is really an expression of optimism that says, We can do better. You may have heard the story that in the golden age of American labor, 20th-century workers stayed in one job for 40 years and retired with a gold watch. But that’s a total myth. The truth is people in the 1960s and ’70s quit their jobs more often than they have in the past 20 years, and the economy was better off for it. Since the 1980s, Americans have quit less, and many have clung to crappy jobs for fear that the safety net wouldn’t support them while they looked for a new one. But Americans seem to be done with sticking it out. And they’re being rewarded for their lack of patience: Wages for low-income workers are rising at their fastest rate since the Great Recession. The Great Resignation is, literally, great.

For workers, that is. For the far smaller number of employers and bosses—who in pre-pandemic times were much more comfortable—this economy must feel like leaping from the frying pan of economic chaos, only to land in the fires of Manager Hell. Job openings are sky-high. Many positions are going unfilled for months. Meanwhile, supply chains are breaking down because of a hydra of bottlenecks. Running a company requires people and parts. With people quitting and parts missing, it must kinda suck to be a boss right now. (Oh, well!).

The great resignation is not the only Great R-word overhauling the labor force.

Leisure and hospitality workers might be saying “to hell with this” on account of Americans deciding to behave like a pack of escaped zoo animals. Call it the Great Rudeness. Airlines in the United States reported that, by June 2021, the number of unruly passengers had already broken records—doubling the previous all-time pace of orneriness.

The Atlantic writer Amanda Mull has chronicled America’s epidemic of bad behavior, from Trader Joe’s tirades to a poor Cape Cod restaurant that had to close briefly in the hope that its clientele would calm down after a few days in the time-out box. Cabin-fevered and filled with rage, American customers have poured into the late-pandemic economy with abandon, like the unfurling of so many angry pinched hoses. I don’t blame thousands of servers and clerks for deciding that suffering nonstop rudeness should never be a job requirement.