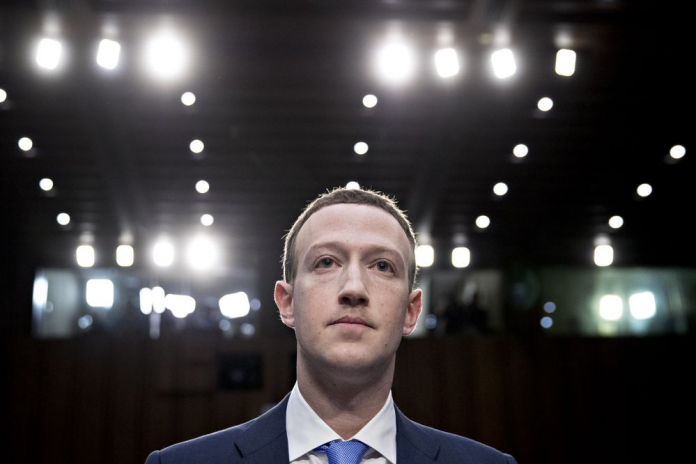 The richest people on Earth lost $511 billion this year after record first-half gains were obliterated by a succession of bruising market selloffs.

Global trade tensions and worries about a U.S. recession dragged markets lower at year-end, leaving the 500 people on the Bloomberg Billionaires Index with a combined net worth of $4.7 trillion as of Friday’s close. It’s only the second annual decline for the daily wealth index since its 2012 debut, and represents a sharp about-turn from the start of the year, when bullish investors helped propel the fortunes of the richest to a record $5.6 trillion.

“As of late, investor anxiety has run high,” said Katie Nixon, chief investment officer at Northern Trust Wealth Management. “We do not expect a recession, but we are mindful of the downside risks to global growth.”

Even Jeff Bezos, who recorded the biggest gain for 2018, wasn’t spared the volatility. His fortune peaked at $168 billion in September, a $69 billion gain. It later tumbled $53 billion — more than the market value of Delta Air Lines Inc. or Ford Motor Co. — to leave him with $115 billion at year-end.

The Amazon.com Inc. founder had a better year than Mark Zuckerberg, who recorded the biggest loss since January, dropping $23 billion as Facebook Inc. careened from crisis to crisis. Overall, the 173 U.S. billionaires on the list — the largest cohort — lost 5.9 percent from their fortunes to leave them with $1.9 trillion.

Even Asia’s fabled wealth-creation machine stumbled as the region’s 128 billionaires lost a combined $144 billion in 2018. The three biggest losers in Asia all hailed from China, led by Wanda Group’s Wang Jianlin, whose fortune declined $11.1 billion.

Despite the turmoil, Asia continued to mint new members of the three-comma club. The Bloomberg index uncovered 39 new members from the region in 2018, although that status proved short-lived for some. About 40 percent had lost their 10-figure status as of Dec. 7.

The Middle East had an even more turbulent year. While many of the billionaires ensnared in Saudi Crown Prince Mohammed bin Salman’s corruption crackdown were released, doubt and fear about the powerful royal’s methods sent a chill through the Saudi economy.

The Kingdom’s richest person, Prince Alwaleed, who was released in March after 83 days in detention, lost $3.4 billion. His net worth has fallen by 60 percent since its peak in 2014. One of the remaining Saudi captives, Mohammed Al Amoudi, managed to become richer during his year in detention, as the value of his Swedish energy and property assets rose. The Saudi government confirmed this month that he was facing charges on graft and corruption and is awaiting trial. Meanwhile, Africa’s richest saw their fortunes shrink by 14 percent as the emerging-market rout hammered assets.

Georg Schaeffler and his mother Maria-Elisabeth Schaeffler-Thumann are $17 billion worse off than at the start of the year. That sum alone would place them among the world’s 100 richest people.

Russian fortunes on average fared better. The volatility caused by collapsing oil prices, a flare-up in tensions with Ukraine and tightening sanctions was partially offset by periodic gains. The combined net worth of the country’s 25 wealthiest people was down only slightly, ending at $255 billion, according to the ranking.

Still, 16 of the 25 Russian billionaires on the Bloomberg index saw their net worth fall in 2018. Aluminum magnate Oleg Deripaska, who remains under U.S. sanctions, lost the most — $5.7 billion — and dropped out the Bloomberg ranking of the world’s top 500 richest people.

By contrast, energy moguls Leonid Mikhelson, Gennady Timchenko and Vagit Alekperov added a total of $9 billion. Timchenko, sanctioned in 2014, added 27 percent to his net worth as shares of gas producer Novatek rose 40 percent.

Those gains were the main reason why energy billionaires as a group had the best year, adding a collective $6 billion. Technology fortunes — the best performing in 2017 after climbing $262 billion — were down a total of $55 billion, even including Bezos’s gain. All other industries were down, including a $75 billion decline for retail tycoons and a $79 billion drop for industrialists.

The number of women on the list inched up by one to 66 as Denise Coates, the British founder and chief executive officer of online bookmaker Bet365 Group Ltd., joined the ranking for the first time. She pocketed 220 million pounds ($282 million) in remuneration last year, one of the highest disclosed pay packages anywhere, after the company reported record results.