Romania’s pillar II pension system delivered an average annual yield of 7.3 per cent over the past 14 years, although recent volatility has prompted a temporary asset depreciation, according to the Association for Privately Administered Pensions in Romania (APAPR).

The APAPR confirmed that around 7.8 million Romanians currently contribute to seven funds in the pillar II system, with gross contributions of LEI 72.5bn made over the past 14 years of operation, and LEI 850m in payments.

The seven schemes currently manage around LEI 88bn in net assets, having generated a net gain of 16.3bn LEI in the past 14 years, net of all fees, equal to an average annual yield of 7.3 per cent.

However, the association acknowledged that whilst 2008-2021 saw pillar II schemes “substantially exceed” cumulative inflation, more recently, the war in Ukraine and rising inflation have prompted volatility that has been reflected in the Romanian financial markets, and in the performance of pillar II schemes.

As a result of this, pillar II schemes have seen a temporary asset depreciation of about 5.9 per cent over the first five months of 2022, mainly due to the depreciation of the government bond portfolio, in which APAPR estimated private pension funds invest about two-thirds of their assets.

Indeed, APAPR pointed out that, in the past year, the price index of all government securities issued by Romania decreased by 12 per cent, 8 per cent of which was in this year.

However, it also noted that the Bucharest Stock Exchange, where pension funds invest about a quarter of the money, performed much better than other markets in Europe and the world, with the BET-XT-TR index, a benchmark for Pillar II investments, recording a decrease of only 1 per cent for the first 5 months.

The APAPR also emphasised that as pension funds are long-term investors who buy and hold government securities until maturity, this decrease will be absorbed until the maturity of the securities, with the price expected to “invariably return to the nominal value”.

In light of this, APAPR suggested that this depreciation will reverse as soon as inflation and interest rates return to a downward trend, which analysts estimate in the 3rd or 4th quarters of this year.

“Moments of volatility and decline are natural and occur regularly in financial markets, but they are not a cause for panic,” added APAPR president, Radu Crăciun.

“The money in the Second Pillar of pensions is administered prudently and responsibly, according to all the regulations in force and the best principles of investment and governance.” 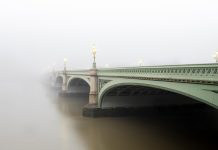 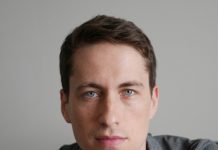 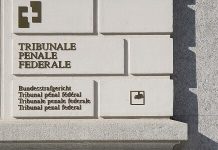