Judge Camelia Bogdan accuses the current president of the Bucharest Tribunal and the Judicial Inspection of delaying the confiscation of Dan Voiculescu’s property in Cyprus.

Camelia Bogdan, the judge who sent Dan Voiculescu to prison, filed a complaint with DNA against the president of the Bucharest Tribunal, Laura Andrei, and some inspectors from the Judicial Inspection, whom she accuses of abuse of office and favoring the offender, Adevărul reports, citing judicial sources.

The magistrate claims that the manner in which the President of the Bucharest Tribunal and the Judicial Inspection have acted and continues to act, on the other hand, through competing activities has a continuous, delaying effect ”of recovering the damage in the ICA case.

According to the sources, in her complaint, Camelia Bogdan shows that everything started in the form of impediments that occurred during the execution of the order of unavailability in order to confiscate 60 million euros, representing damage in the ICA fraudulent privatization case. Finally, the Judicial Inspection opened three disciplinary investigations in just 10 days. The intention was to delay the confiscation ordered in the case of Dan Voiculescu.

The judge claims that on January 4, 2016, the Judicial Inspection opened the first disciplinary investigation against him and the other full member, Mihai Alexandru Mihalcea, on the grounds that they requested the issuance of addresses to ANAF – DGITL Sector 1 Bucharest and to the Bucharest Tribunal to communicates the stage of execution of the criminal decision and the communication of the CNP to the head of ANAF in order to assess the possible application of a judicial fine against him.

The panel wanted to know more about the extent of the confiscation of movable and immovable property, as well as the amounts in the accounts, assets and shares belonging to companies in Cyprus: Abacus (Cyprus) Limited, Grivco SRL, Coly Secretarial Limited and Romanian-American Development Company LTD and Crescent Commercial & Maritime (Cyprus) Limited, ordered by ICA file. This is after the Cypriot authorities informed the Bureau of Criminal Executions within the Bucharest Tribunal that in order to identify and make unavailable the bank accounts, it is necessary to send an international rogatory commission, Adevărul shows.

Camelia Bogdan insisted that the Bucharest Tribunal carry out the confiscation order by issuing a letter rogatory requesting the unavailability / confiscation of the amounts entered in the credit and the related interest, with the attachment of the information processed (with intelligence value) obtained informally from the Debt Recovery Office within the Ministry of Justice, with the mention that the unavailable goods serve to guarantee the confiscation order. Instead, the Bucharest Tribunal notified the Judicial Inspection.

“I drew attention to the fact that, insofar as the option of the Bucharest Tribunal remains to notify the Judicial Inspection regarding the possible judicial misconduct committed by the full president, I inserted in the above address the need to clarify the communication to the convict Voiculescu Dan a confidential data, which do not have the character of information of public interest and which negatively and directly affects the execution activity, by the president of the Bucharest Tribunal, Mrs. Judge Laura Marina Andrei ”, shows Camelia Bogdan in her complaint.

The judge also states that Laura Andrei’s husband, notary Jean Andrei, signed several surface contracts at the Grivco headquarters that facilitated the privatization of the former Institute of Food Chemistry.

The full article can be read here.

We remind you that the Judicial Inspection, about which Camelia Bogdan states that she is delaying the recovery of the press mogul’s fortune, was notified ex officio at the beginning of February, following information launched in the public space by Voiculescu’s TV station, Antena 3 and the website Luju.ro and started checks in the case of the magistrate.

The investigations were started after Mugur Ciuvică, accused, on Antena 3, that Judge Camelia Bogdan was in an alleged state of incompatibility / conflict of interest on the grounds that, while judging the ICA case, in which the Ministry Agriculture was an injured party, he also taught a seminar to APIA employees (an institution subordinated to the Ministry). The judge categorically denies the accusations brought against him as the one he sent to prison. More information on this topic can be found here.

Blue Air appoints CEO with over 25 years of international experience 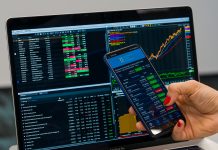