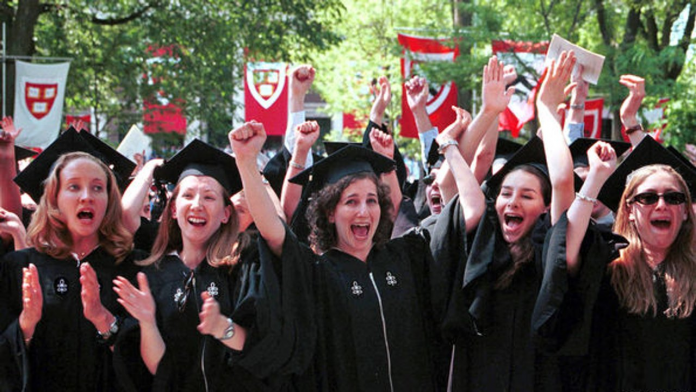 AMERICANS are admirably optimistic about shaping their own future. One survey found that nearly three-quarters of Americans thought hard work was a “very important” component of success, while just 62% put it down to a good education and less than a fifth to coming from wealth. But the United States ranks poorly compared to other advanced economies when it comes to income inequality and social mobility. So what must an ambitious young American do to get rich?

A new study by Raj Chetty of Stanford University and a collective of other economists helps answer this question. By matching data from the Department of Education with 30m tax returns, Mr Chetty and his colleagues have constructed a data set that reveals to researchers both the income distributions of graduates of particular colleges, and how incomes vary depending on how rich the graduates’ parents were. The data show that attending an elite college is a good way of securing an upper-middle class lifestyle—graduates of Ivy League-calibre universities have roughly the same chance of breaking into the top 20% of the income distribution, regardless of family background. Paths to the upper-middle class exist for those who graduate from lesser-known universities too, since earnings can depend even more on what one studies than where. On average, graduates of lesser-known engineering colleges such as Kettering University and the Stevens Institute of Technology do just as well as those from the Ivy League.