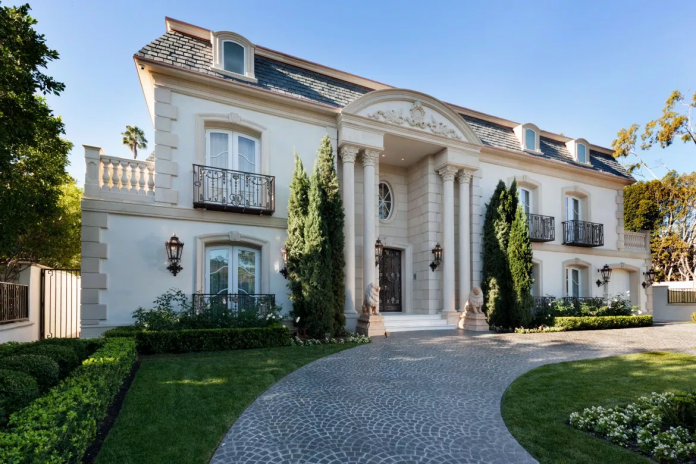 The most expensive house in Australia; three trophy estates in the star-studded enclave of Beverly Hills, California, including the former homes of celebrated actors Danny DeVito and Rhea Perlman, and Marjorie Lord; and a 21st-century “château” in Vancouver, Canada, were among the top third-quarter sales reported by the Affiliates of Christie’s International Real Estate. Visit our online report to view more of the noteworthy sales from 2018.

Fairwater, a magnificent waterfront estate in Point Piper, New South Wales, has become Australia’s most expensive house. The property was bought by Australian tech entrepreneur Mike Cannon-Brookes for a reported A$100 million (US$71.06 million) in September 2018. The pinnacle of Australian real estate, the 2.76-acre property is the largest privately held landholding on Sydney Harbour. Fairwater was the former home of the late Lady Mary Fairfax, and had been owned by the Fairfax family since 1901. The historic main residence and its elegant grounds, which include a swimming pool, tennis court, and formal gardens, afford breathtaking views of Sydney Harbour. The neighboring estate is another Point Piper waterfront landmark, Elaine (also represented by Ken Jacobs), which held the previous record for a single residential property—selling for A$71 million (US$50.42 million) in April 2017.

This French Regency-style mansion is sited on one of the deepest lots (measuring more than 350-feet long and 60-feet wide) in the “Golden Flats” area of Beverly Hills, one of the most exclusive neighborhoods in the world. The residence offers approximately 21,000-plus square feet of lavish detail and amenities including seven bedroom suites and a master suite with outdoor Jacuzzi, dual baths, and closets. Additional highlights include a state-of-the-art theater with star roof, indoor basketball court, beauty salon, a two-lane bowling alley, gym, multiple imported fireplaces, self-contained one-bedroom guest house, resort-size swimming pool and spa, and a commercial-grade elevator. The seller was represented by Jeff Hyland of Hilton & Hyland. The $27 million sale price is among the highest ever in this area of Beverly Hills.

This grand, newly built family residence has a commanding presence in the prestigious neighborhood of Shaughnessy in Vancouver, Canada. Inspired by the great houses of Europe’s nobility, the 12,619-square-foot home was designed by architect Stefan Wiedemann. Built with the highest standards of craftsmanship, using only the finest materials, it took three years to complete the architect’s vision. The result is a palatial residence with six bedrooms, eight bathrooms and lavish living areas—the ultimate venue for intimate gatherings or large-scale entertaining—set within a beautiful and utterly private garden oasis.

Old Hollywood Trophy Mansion—Beverly Hills, California
US$15 Million
Sold by Linda May and Drew Fenton of Hilton & Hyland on September 7, 2018

Emmy Award-winning show host Ellen DeGeneres and actress Portia de Rossi purchased this Hollywood Regency-style home steeped in Old Hollywood glamour for $15 million. Linda May and Drew Fenton of Hilton & Hyland were the listing agents. Designed by renowned architect John Elgin Woolf and completed in 1962, the residence was the longtime estate of the late actress Marjorie Lord, best known for her role in the 1950s American sitcom Make Room for Daddy. Located in Trousdale Estates, the home offers breathtaking views from the grand living room, a rear covered patio, and outdoor areas with a new pool. Embracing the Southern California indoor-outdoor lifestyle, the en suite bedrooms each open through floor-to-ceiling sliding doors to a private courtyard/terrace, while the master suite with spa-like bathroom has access to both the courtyard and the pool.