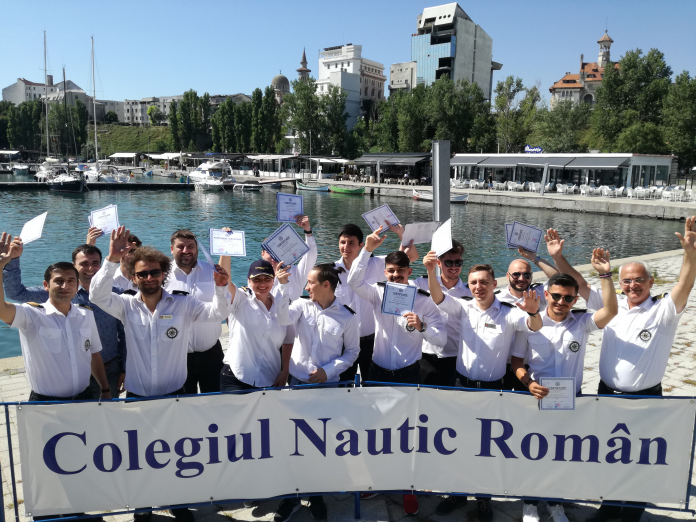 This year that is about to end, brought important news to Romanians who dream to have a career on the sea. England’s oldest naval college, Tyne Coast College, founded in 1861, is present in our country through the Romanian Nautical College, a higher education institution with the only European franchise ever issued.

Starting in 2016, the two education institutions in the field of navigation offer Romanian students wishing to pursue a career in world shipping the opportunity to follow one of the two four-year programs: the deck officer and the electromechanical officer. At the end of these programs will be awarded the prestigious graduation diplomas and British patents.

The courses of the first year are held in Constanta, within the Romanian Nautical College. The second year, in England, at Tyne Coast College, and 3rd and 4th, intended for practice, embarked on commercial ships on the cadet.

Diploma and patent examinations are held in England, after which graduates can engage in any shipping company, ships or the vast dry infrastructure of this industry, with British certifications being by far the most sought after big employers.

For the first time in our history, the British Maritime Authority of the United Kingdom – UK MCA – audited a Romanian education institution, namely the Romanian Nautical College. This happened between June 18-20, 2018. At the end of the audit, the Romanian Nautical College was included in the list of institutions monitored by this authority, issuing the certifications of graduate students of the officers programs.

From a financial point of view, the Navy Marine Officer’s career is among the most stable and better paid. From the moment the patent and the diploma are issued by a country with a huge fleet and a strong economic infrastructure, success is 100% guaranteed. In the case of Great Britain things are clear for several hundred years. It is the maritime nation in the world shipping rankings, both the International Maritime Organization and the most important regulators of maritime industry based in London.

The young Romanians, especially the 12th grade students, now have the chance to access their British program of officers at home. The entries can be made on the web page of the Romanian Nautical College, http://nauticalcollege.org/ro/  or directly, at the headquarters of the Tomis port institution, Constanta.

Admission to the programs is based on a written and oral exam in English. After admission, all disciplines will be studied in English.

Throughout the year, students will be required to wear the uniform of the Romanian Nautical College.

At the beginning of the first semester, mathematics and physics disciplines will be intensively studied in a special module led by a professor, a doctor in mathematics.

The study fee for the first year is 4000 euros. For the second year, students receive an interest-free study from the British government, which is guaranteed for 2019, regardless of the outcome of the Brexit negotiations.