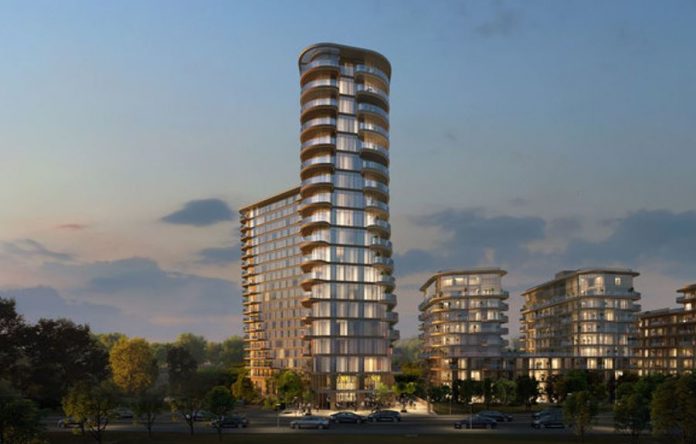 Businessman Gabriel Popoviciu, one of the most discreet real estate investors in Romania, is preparing to launch the Above residential complex in the Pipera business district of Bucharest, where there will be over 600 apartments, according to information obtained by Profit.ro.

Profit.ro announced last year that Gabriel Popoviciu is working on three new residential projects with hundreds of apartments and villas in Bucharest and Voluntari that will be developed under the umbrella Metav, company delisted from the stock exchange and indirectly controlled by Gabriel Popoviciu.

One of them is the Above ensemble, whose first stage will begin to be built in the second half of 2022, on a 2.1 hectare land entered in the Metav portfolio in 2013 by acquisition from a company of Gabriel Popoviciu. The lot is located on the Fabrica de Glucoza road, which extends the A3 motorway to the Pipera business area in Bucharest. In 2013, Metav was compensated with 6.5 million lei for the expropriation of six lots on this street.

On this land, paid in full in 2017, 5 blocks of flats will be built, with over 600 apartments, which would follow the Belvedere Residences complex. Popoviciu developed in 2018 and 2019 two phases of the Belvedere ensemble, i.e. 640 apartments that he sold in full. To build two more phases, with 966 apartments, he sold a 2.4-hectare plot of land to the London Partners company for about 15 million euros, which continued the construction.

The first phase of the Above project will include two 3 underground + semi-basement + ground floor + 18 floors towers. Also a building with a height of 3 underground + semi-basement + ground floor + 10 duplex floors will be developed in this phase, with recreation facilities on the ground floor and basement, respectively fitness room, swimming pool, spa and a multifunctional space of hub & spoke type. The start of construction of the first phase of the project is estimated for the second half of 2022, with a completion deadline of 24 months, transmitted the investor’s representatives.

This is what the Above project will look like. The Above representatives also announced that, in the last 4 years, the group of companies that also manage this project has generated revenues of 100 million euros from the residential projects Belvedere Residences and Zenville and that they have in an advanced stage of design an ensemble of houses in Pipera, on a plot of 32,000 square meters.

The most ambitious project carried out by Metav is right in the place of the industrial park near Băneasa airport. Popoviciu owns here a land of about 20 hectares for which he elaborated a Zonal Urban Plan, being in the final stage of approval, which proposes the construction of a housing, trade, services, offices, logistics and storage ensemble, with an area of ​​about 650,000 square meters, the equivalent of an investment of over 300 million euros, according to Profit.ro calculations. More than 1,000 apartments can be built under this project.